Get fresh music recommendations delivered to your inbox every Friday.

An Idea in Everything 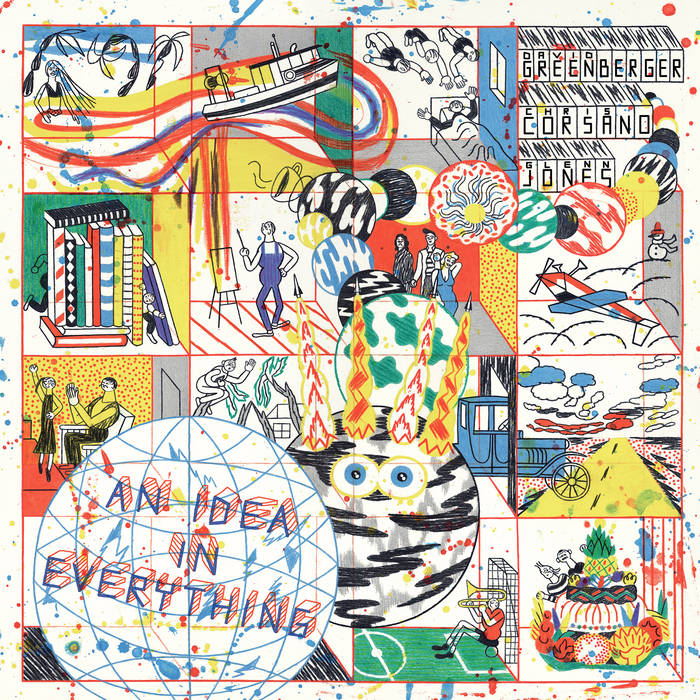 
“David Greenberger meanders around America, lovingly collecting the life stories of old people like fireflies in a jar. In an America that seems increasingly dominated by amnesia, and the erosion of its history, it’s very heartening – and poignant – to hear these fragments of lives as they draw to a close. The matter-of-fact tone that David uses in these vignettes is partly what makes them so emotional.”
– Robyn Hitchcock

“When newcomers hear that I have regular conversations and interviews with elderly people, they assume I collect oral history. What that assumption implies is that when one grows old we become solely a repository of our past. From the start, my mission has been to offer a range of characters who are already old, so that we can get to know them as they are in the present, without celebrating or mourning the loss of who they were before.”
– David Greenberger

When David Greenberger first embarked on what has become a life-long journey, drummer Chris Corsano was not yet five years old!

In 1979, after graduating from art school in Boston, Greenberger took the job of activities director at the Duplex Nursing Home, an all-male elder care facility in Jamaica Plain, Massachusetts, and began collecting the stories, poems and music reviews of its aged patients for what became his Duplex Planet project, and undertaking that would eventually encompass nearly 200 issues of a digest-sized magazine, a series of CDs, books, comics, and performance art. Eventually the nursing home closed, but David has remained engaged in what has become the central art form of his life: the “art of conversation.”

Three decades later Chris Corsano set in motion the project you have before you. With guitarist and banjo player Glenn Jones, a longtime friend of both Greenberger and Corsano, the three began recording in Greenberger’s living room in upstate New York. In just three days, with no advance preparation, they recorded the 28 tracks that make up An Idea in Everything. Corsano improvised, Jones invented new tunings for his banjo and guitar on the fly and Greenberger selected and read stories in direct response to the music. Everything was spontaneous and live.
Despite the dark and sad feeling of some of the texts (dealing with aging, memory loss, etc.), there is also humor, joy and grit. Jones recalls the recording session as fun, playful, excitingly engaging.

The resulting album is a rollercoaster of emotions, a glittering patchwork of sonic atmospheres and an oral encyclopedia on dozens of subjects (coffee, cigarettes, planets, art . . . life . . . and death) convincing us that, indeed, there is An Idea in Everything!

- Окраина : [Records of the Outskirts], Brussels based label founded by Philippe Delvosalle, inspired by Boris Barnet's film of 1933 and devoted to 10 inch vinyls with all sleeves designed by Gwénola Carrère

Bandcamp Daily  your guide to the world of Bandcamp

Damu The Fudgemunk shares his recent collab with Def Pressé, plus jams from Common and more